There are many movies out there with RVs in them but we picked out these five funny family RV movies for you to watch with the entire family in your RV.   Which of these have you seen and which is your favorite? 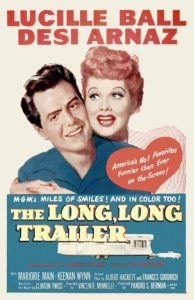 We are starting out with an oldie but goodie with this one.  In order to accommodate her new husband’s traveling job, Tacy Collini (Lucille Ball), pleads with on-and-off-screen spouse, Nicky Collini (Desi Arnaz), to purchase a trailer so that she can take care of him on the road. Instead of “living out of suitcases and using other people’s things,” Tacy and Nicky purchase an RV. This film on our list of funny family movies is directed by Vincente Minnelli, best known for being dad to Liza and, at the time, recent ex-spouse of Judy Garland (Dorothy from The Wizard of Oz). This golden-age-of-Hollywood flick is a hilarious story that highlights the struggles of a new marriage and RVing, as well as the compromises that eventually make it work. The Collini’s take many wrong turns on their journey, and so we wish you better luck in your travels than this oddball pair.

The Incredibles is about an ordinary family with extraordinary abilities that tries to live as normal a life as possible. 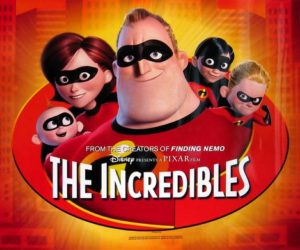 However, when the super villain, Syndrome, threatens the safety of the Incredible family, the Incredibles are forced to cast away their inhibitions and come together to save the day. Instead of a natural born superhero, Syndrome creates gadgets to feign power, and then attempts to convince the public that he is more powerful than Mr. Incredible. No heroic family is complete without their trusty RV, which Mrs. Incredible attaches to a jet for speedy travel.  9- 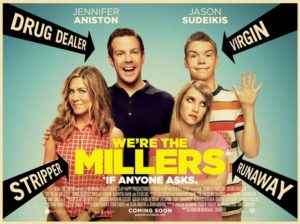 David, a small town pot dealer, is robbed of his stash and money. He takes an assignment to smuggle marijuana from Mexico into the United States and hatches a plan to fabricate an RVing family as cover. We’re the Millers is downright hilarious and sheds new light on family RVers, obnoxious RV neighbors, and navigating foreign territory. 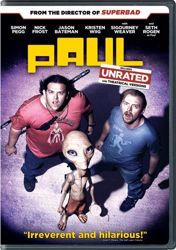 heartland. There they meet a smart-alleck alien, Paul (voiced by Seth Rogen), who takes them on an insane road trip. As they struggle to return Paul home, the little green man might just take the outcasts from misfits to intergalactic heroes. 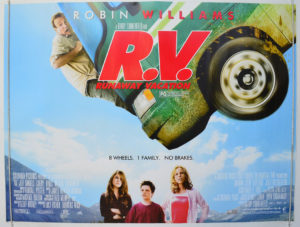 This is the quintessential film to watch before taking your teens RVing. It combines Robin Williams’ witty humor with a story that leaves you laughing in your captain’s chair. Bob (Williams) is frustrated with media overload and lack of face-to-face communication. So he takes his family on an RV trip that should bring everyone closer together. Sound like your family? Maybe an RV road trip is what you need to unplug. Robin Williams, Jojo Levesque, Josh Hutcherson, and Cheryl Hines star in this family-friendly comedy. This film’s charm is best summed up in scenes packed with hilarious physical comedy, like Williams running over mailboxes and chasing a raccoon from the vehicle.

Do you have a funny RV movie not mentioned here?  Leave it in the comments.

Don’t forget to ask about our monthly specials!