Whether it is staying home and watching Dick Clark’s New Year Rockin’ Eve with Ryan Seacrest or going out in your swankiest attire to ring in the new year with friends…we want to make sure you stay safe and healthy while doing so.  We found these helpful tips by The Huffington Post (original article: http://bit.ly/2AqHCaQ): 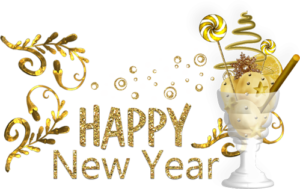 New Year’s Eve: Tips for a Safe and Healthy Holiday

New Year’s season is one of the most fun and joyous holidays of the year. However, did you know that it is also one of the most dangerous holidays of the year? It is estimated that during Christmas and New Year’s season, almost 95 million Americans will be on the road traveling to visit family and friends. People are much more likely to drink and drive around Jan. 1 than during any other major holiday of the year. Almost half of all car accidents on New Year’s Eve and New Year’s Day are due to drinking and driving.

When planning New Year’s Eve, the majority of people aim to celebrate as best they can and create one of the most memorable nights of the year. This often involves lots of alcohol. While it is hoped that most make responsible plans, many often do not. By not ensuring the safety of yourself and others around you during this night, you put yourself at a higher risk of the biggest dangers surrounding this holiday. Make sure you take the proper precautions to ensure your own safety as well as the safety of those around you. Here’s what you should know to avoid some of the biggest dangers and to stay safe and healthy during the New Year’s season:

Jan. 1 is the No. 1 day of the year with the highest percent of deaths related to alcohol, according to Insurance Institute for Highway Safety data. Between 2007 and 2011, alcohol accounted for 42 percent of all traffic deaths during the holiday. The more alcohol we consume, the slower the activity of the brain, heart and lungs. Before you celebrate, plan ahead. Aim to have a designated driver, or at least to take a cab or an Uber. Beware of other drunk drivers as they are probably more of a worry than yourself. And as always, wear your seatbelt!

If you will be drinking, pace yourself

What many people don’t realize when drinking is that our bodies absorb alcohol faster than we metabolize it. Therefore, the faster we drink, the more time the toxins from the alcohol spend in our bodies. As a result, we have harsher hangovers. Aim to drink no more than one drink per hour. Our livers metabolize about one alcoholic drink per hour. Know the difference in the amounts of the types of alcoholic drinks you are consuming, and that one beer does not equal six shots (12 oz. beer = 4-5 oz. of wine = 1.5 oz. of hard liquor). When drinking, sip slowly. Melted ice will dilute drink, so order drinks on-the-rocks. Add more club soda or tonic water to your drinks than alcohol.

Know what to mix, and what not to mix

Make sure to stick with the same drink all night. While it is a myth that mixing drinks causes greater intoxication, is remains true that it can often makes people sick and experience worse hangovers. To avoid this, choose light liquors such as vodka. Dark liquors have a higher concentration of toxins which make hangovers more severe. Instead of mixing with soda, use non-carbonated fruit juice or water instead. Carbonated mixers speed up the rate of absorption in the blood. Avoid diet mixers such as Diet Coke. With less sugar and calories, the alcohol goes directly into your bloodstream.

Alcohol is a diuretic. This means that the more you drink, the more you have to urinate. More frequent urination leads to dehydration. Dehydration causes hangover symptoms such as headaches and dizziness. Aim to drink at least one large glass of water before and in between drinking alcoholic beverages. You should drink one glass of water for every alcoholic drink you consume. This will also keep you from getting too drunk.

Never drink on an empty stomach. Make sure to eat a full meal before drinking, and continue snacking while drinking. Eating while drinking will slow down the absorption of alcohol in the digestive track. This gives the alcohol more time to metabolize in the body. Aim to eat foods high in protein such as cheese, meat, and nuts. Fatty carbs work well too, however these are not as healthy.

Myth: Coffee sobers you up

Many people believe that coffee sobers you up in that the caffeine will speed up alcohol’s metabolism. As a result, many think it is helpful to drink a quick cup of coffee before hitting the road. However, this is a MYTH. Coffee may help you wake up a bit, but will not sober you up. The only cure for being drunk is time. If you need to get home and don’t have time to wait, get a ride from a sober driver or call a cab. You don’t want to risk getting into an accident and hurting yourself, or someone else. 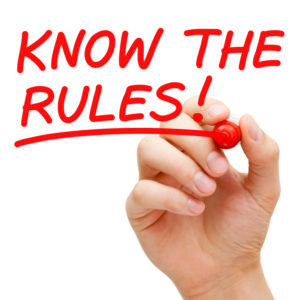 If you are staying at our Park, make sure you are aware of our Rules & Regulations on

If you are looking for a place to celebrate New Year’s in the Pearland, Alvin, Clear Lake, Sugar Land, Houston area, check out these events:

Have a safe & Happy New Year!!

Don’t forget to ask about our monthly specials!